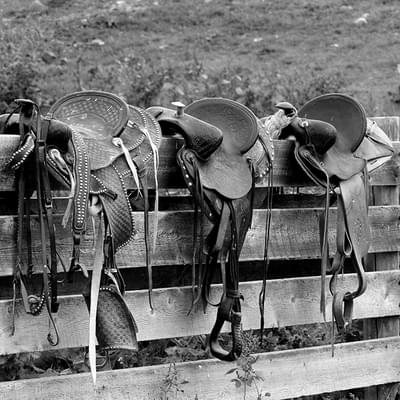 Learn about the rich history of the High River area

High River falls within an area that is the traditional home of the Blackfoot people and has historically been used by both the Stoney and Blackfoot tribes. High River acknowledges the contributions and legacy of Indigenous people both historically and today.

The Blackfoot name for the Highwood River is 'Ispitsi' referring to the tall cottonwood trees, or “high wood” along its banks. The cottonwood flats along the river were important wintering areas for the Blackfoot people. The low lying valleys offered shelter, water and trees for winter fuel.

Two cottonwood trees that grew entwined became known as the Medicine Tree. This tree was sacred to the local Blackfoot people. A remnant of this tree can be seen attached to the archway of George Lane Memorial Park.

The flood of 2013 offered archaeological opportunities to learn more about the rich indigenous history of this area. Read more details in this Alberta government archaeological survey article.

The first mention of the 'Spitcheyee' River is by Northwest Company (NWC) fur trader Peter Fidler who reached the river in 1792. Another well-known NWC partner, David Thompson, camped near modern-day High River in 1800.

Thompson, known as the great map maker, composed the first complete map of today’s Canada. While he lived and travelled extensively in today’s Alberta and British Columbia on land and by canoe, he travelled over 80,000 kilometers in his lifetime, contributing to the growing knowledge of the lands beyond Upper Canada. Thompson also camped on Nose Hill in Calgary and spent many years in Rocky Mountain House. He eventually retired to Montreal, bringing with him his Metis wife Charlotte Small and their children so they could obtain a formal education. His 58-year marriage and 13 children are a testament to the cooperation between some of the early fur traders with Canada's Indigenous people.

In the era to follow, the demise of the NWC left the Hudson Bay Company to take over as the primary fur trade company in the West. With westward expansion and more settlement, Fort Spitzee became a well-known landmark along the Macleod Trail between Fort Macleod and Calgary. Unfortunately, this notoriety was largely due to raucous whiskey traffic and disreputable traders. These activities led to tensions between the Blackfoot people and the lawless frontier traders.

By the 1870s the North West Mounted Police shut down the illegal whiskey trade and restored order to the area and most of the posts were burned down or abandoned. Following the formation of treaties with the Indigenous people in 1877, the Macleod Trail eventually brought homesteaders from Europe who established homes, farms and ranches in the fertile plains and foothills along the riverways.

The 'Fort Spitzee Mural' in High River depicts the largest fur trade post in the area and is located at 118 4 Ave SW.

High River’s Town Hall is located on modern Macleod Trail, now a paved downtown main street. The Macleod Trail is also a main route through the centre of the City of Calgary.

Read more about High River's Brand Story and the cattle brands featured on this website.

Many memories of these years were captured by prominent citizen Guy Weadick, another founder of the Calgary Stampede. High River celebrates its Western heritage during the yearly ‘Guy Weadick Days’ when a local rodeo held. The Little Britches Parade held each Spring gives a nod to young cowhands, aged 2 to 16.

In the 1880s a community formed in present-day High River as it became a half-way point between Fort Macleod and Calgary. High River was originally called 'the Crossing' referring to the Spitzee Crossing – over the Highwood River.

The village that grew around Spitzee Crossing grew as the Calgary and Edmonton Railway were completed in 1892. High River incorporated as a village on December 5, 1901, and was incorporated as a town on February 12, 1906. Today’s Sheppard Family Park houses some of the oldest buildings from this time.

After WWI, the Town continued to grow as industries moved in. In 1921, one of Canada's first air force stations was constructed to the East of the town. During WWII a British Commonwealth flight training school was established. From the 1950s to today, High River’s population has grown to almost 16,000.

Much of the Town’s downtown and main streets have seen extensive redevelopment since the flooding in 2013. However, the Town has retained its Western heritage, colourful storefronts and strong sense of community. Residents and businesses enjoy living in a unique and picturesque setting. Visitors come for the beautiful setting, small town atmosphere and vibrant events throughout the year celebrating High River’s true Western heritage and outlook.

The area’s history is also captured in 16 murals painted on building walls throughout Town. A walking tour of the murals will take you past the historic Wales Theatre and the Town’s original train station, built in part using sandstone blocks from an older Calgary train station.

To learn more about High River’s heritage and colourful history, be sure to visit the High River Museum and Visitor Centre.